Sliding into the van after a good nights sleep I was quickly brought back to the reality of our situation as soon as the drive stepped on the gas and the van went screaming down the first hill honking and gesturing to each car as if they were objects in a video game.  The passengers in the van were more subdued than normal as we all new what today held.  Our first stop was at World Vision headquarters for he Bekaa valley.

The staff and volunteers of World Vision are in a class all of their own.  Polite, focused and very driven to accomplish what they were passionate about doing.  Most impressively to me is the employment ratio of nationals to international.  Out of over 300 staff in Lebanon, only three are from international locations.  The entire staff is made of people from Lebanon and surrounding communities equipped, trained and empowered to touch their own neighbors.  The staff each took turns speaking passionately about the details of the problem, not the big picture, but the fine details of the refugees here in Lebanon.  The figures and reporting lacked not one detail, assessing the issue with crystal clear details of how the 1.5 million refugees on record here in Lebanon could be served.  This is the figure given because it’s what they have documented but the reality is there is probably more than double the assessed amount of people.  The refugee crisis extends far beyond the borders of Lebanon into Europe and all across the middle east.  With countless millions fleeing for their lives.  Just yesterday bombing continued in a suburb of Damascus sending 10’s of thousands fleeing to Damascus and most likely on to Lebanon.

After finishing our informative meeting at WV we split into two groups, one heading to the first ITS (informal tent settlement), and the second heading to an ECE, (Early Childhood Education) building.   The van I was in began climbing to a building of about  3500 square feet perched on the side of a steep hill.  We entered the building which housed at the moment approximately 250 preschool aged children broken into 12 classrooms.  Each room was teaming with energy and fun.  Two teachers taught in each class room obviously enjoying their jobs intensely.  I found many things astounding but one thing in particular, everything taught was based on principles of the bible.  They aren’t allowed to say it’s the bible or based on Jesus but the reality is this, they were teaching the hope of Christ.  Everything was based on the positive principles of love, of seeing the best in others and on how to deal with the way they feel.  Every child in the ECE is a Syrian refugee.  We asked if the children have always been so happy and the director explained to us that upon arrival, the children spend their first two weeks in school crying not knowing how to deal with what they’ve seen.  They are lovingly taught how to identify and manage the way that they feel.  Can you imagine the road these 2-4 year old’s have walked down?  Running for their life, many of their relatives have been killed and now living in a one room tent with an average of 7 people per tent.

We headed to lunch feeling so impressed with this center and hopeful for what is happening until we heard that the 500 children this center serves is but a very small percentage of the children housed in ITS’s.

After our lunch we headed to the middle of the valley where the majority of the ITS’s are.  The Bekaa Valley reminded me of the central valley of California, lush with green fields and fertile soil.  As we ventured further into the valley towards the ominous Syrian border we began to see hundreds of make shift tents and people walking everywhere, children playing in open fields among livestock and green meadows.  After a few miles of driving we turned into what looked to be a very large ITS.  As we continued down the road the view of hundreds of tents began to appear with children and their parents peaking from between their canvas covers.  We parked and gathered to hear about how the sewage and trash were being handled by the World Vision team.  As we stood and listened a curious little boy began making faces at some of us in the group.  He then came to stand between two of us shifting his stare from one to the other, copying our every move and smiling as he figured out new postures.  His name was Amir.  Amir is a 5 year old boy who has lived his entire life as a refugee, no education to this point, living with some family but not all.  If you could put every negative circumstance together in one place at one time, this little boy was in the dead center of all them.  However, Amir seemed to live life with a positive flair and happiness that was inspiring to all.  He obviously saw the world as his playground and at this point in his precious little life, nothing was going to stop him.  He wanted to play, run, show us his community and then start over again. 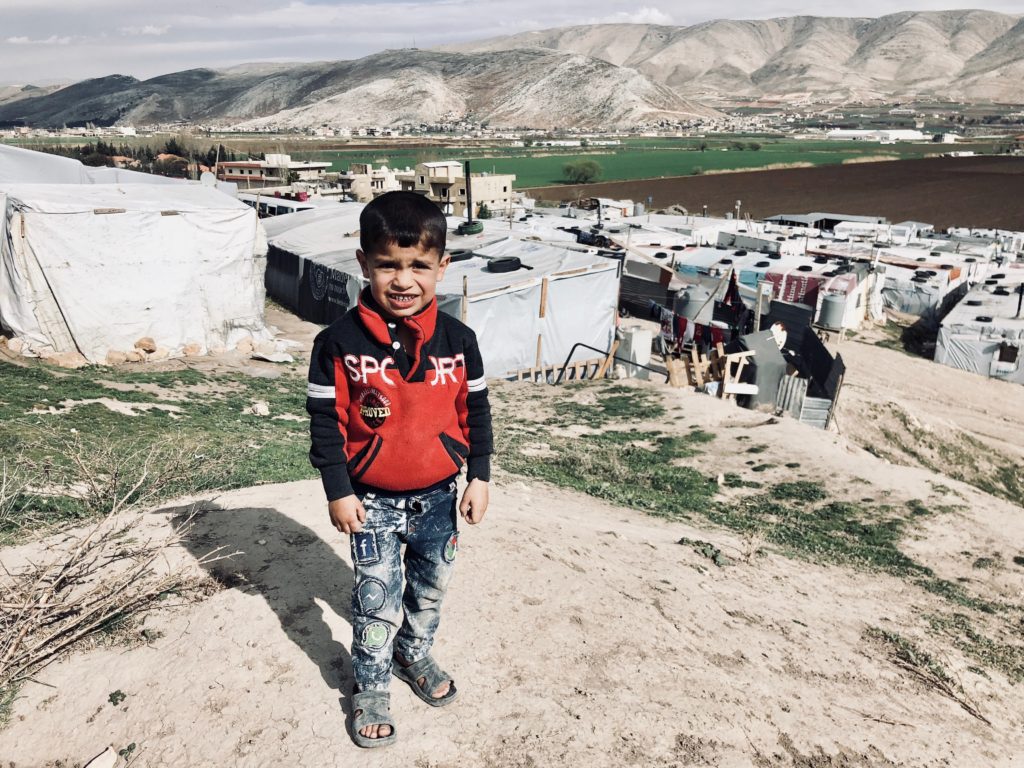 Amir was so excited to show me his community. Notice the facebook patch on his pants.

What will happen with Amir?  He is one of the many children who haven’t received an education and probably won’t unless their is a literal miracle.  Amir will not drink clean drinking water or have enough water in general as the water rations have been cut from 35L to 15L a day because of a lack of money.   Amir’s future is at best up in the air, statistics say, this little boy unless educated and loved will be one that follow a dark option of terrorism and violence.  I know, this is painful to even consider when looking at this precious little boy but simply put, without help, his future is less than happy.  I’ll write more details in the days to come about Amir.  If you have questions please include them in the comments below.  I know we can pray for this little gem but something in me says I should do way more, that we as a community of believers must do everything in our power to help, to be Jesus.  There is so much more to say about today, sadly this Blog is turning into a novel of sorts so I will spare you any additional details at this point and write more in the days to come about the Halal family and their plight for significance.

PS.  I know this post is pretty rough, no time to edit. 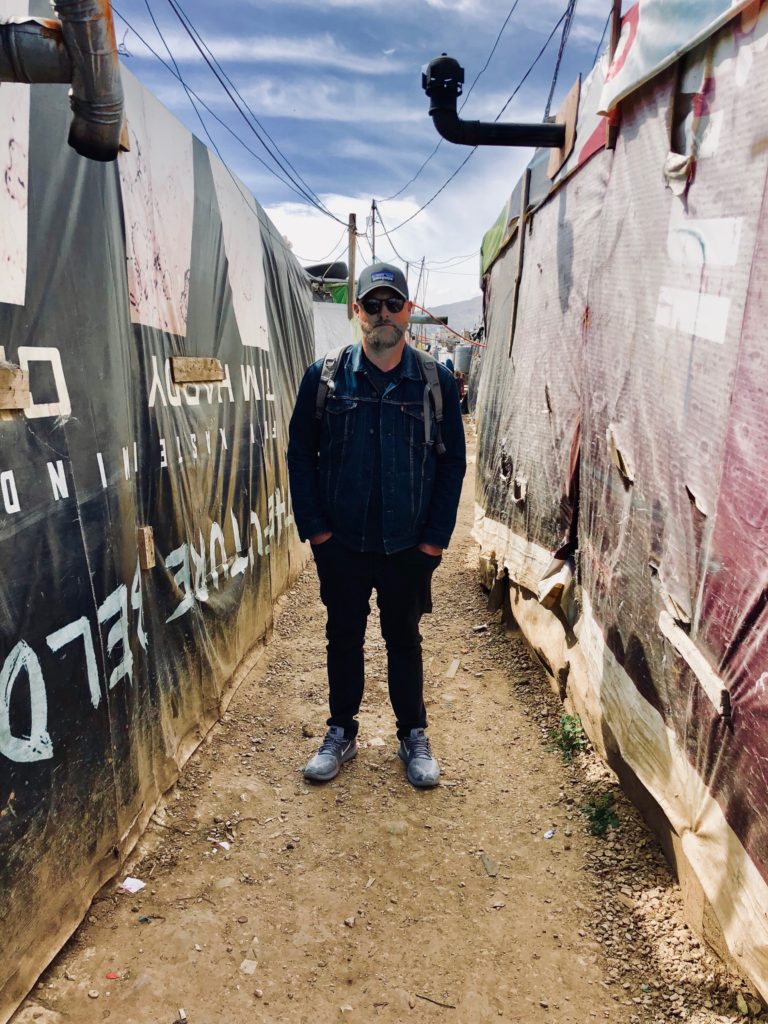 Walking through an ITS in the Bekaa valley.